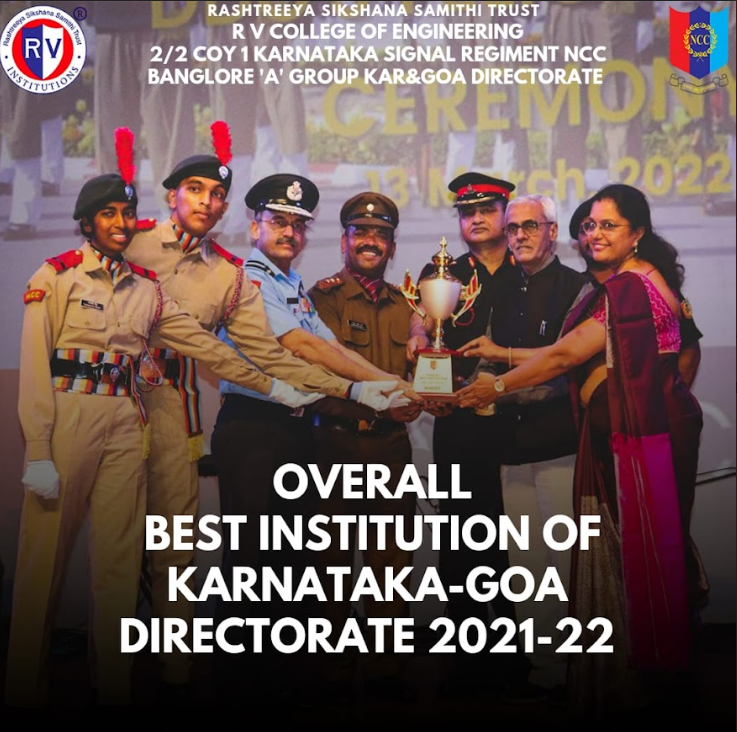 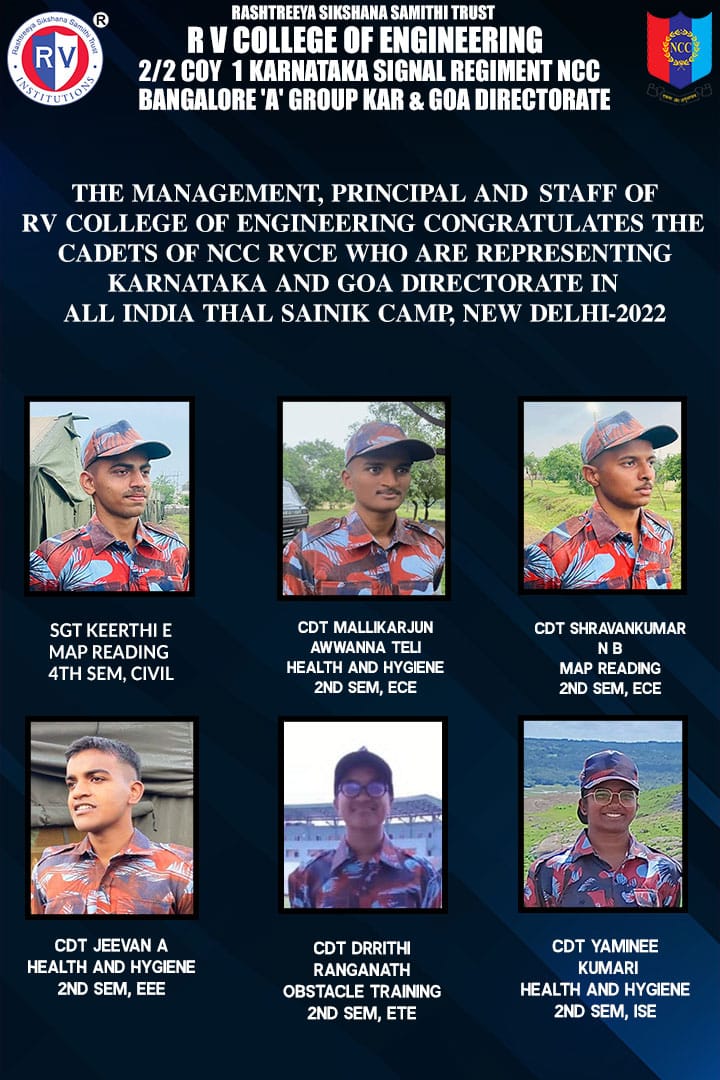 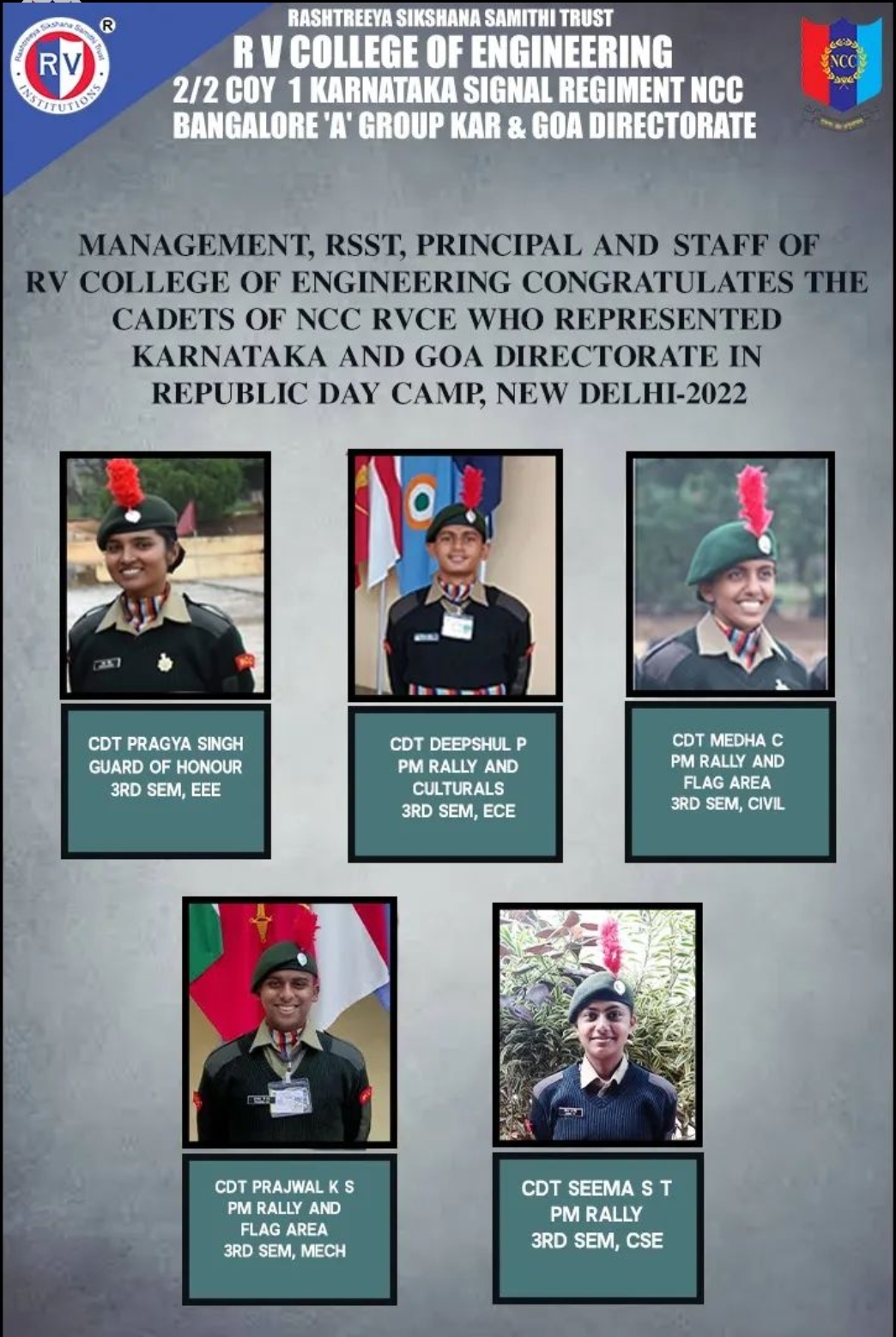 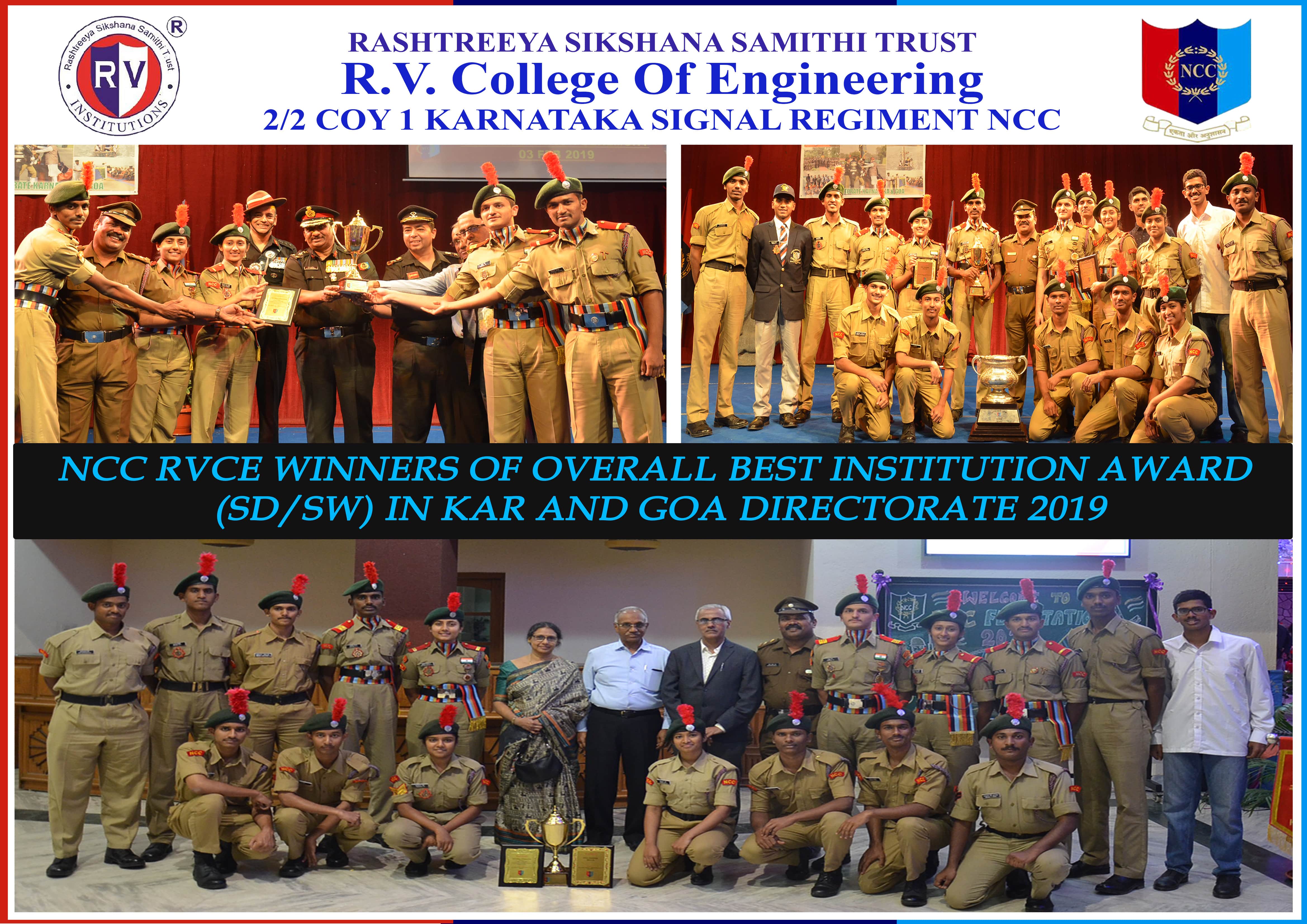 Youth is the backbone of every nation. Student must be motivated to come forward and be a active part of NCC. Cadets of RVCE NCC have participated in various events and won many laurels to our college.The list of achievements in NCC is a never ending list. The accredited achievements of NCC are mentioned here for a glance reading.